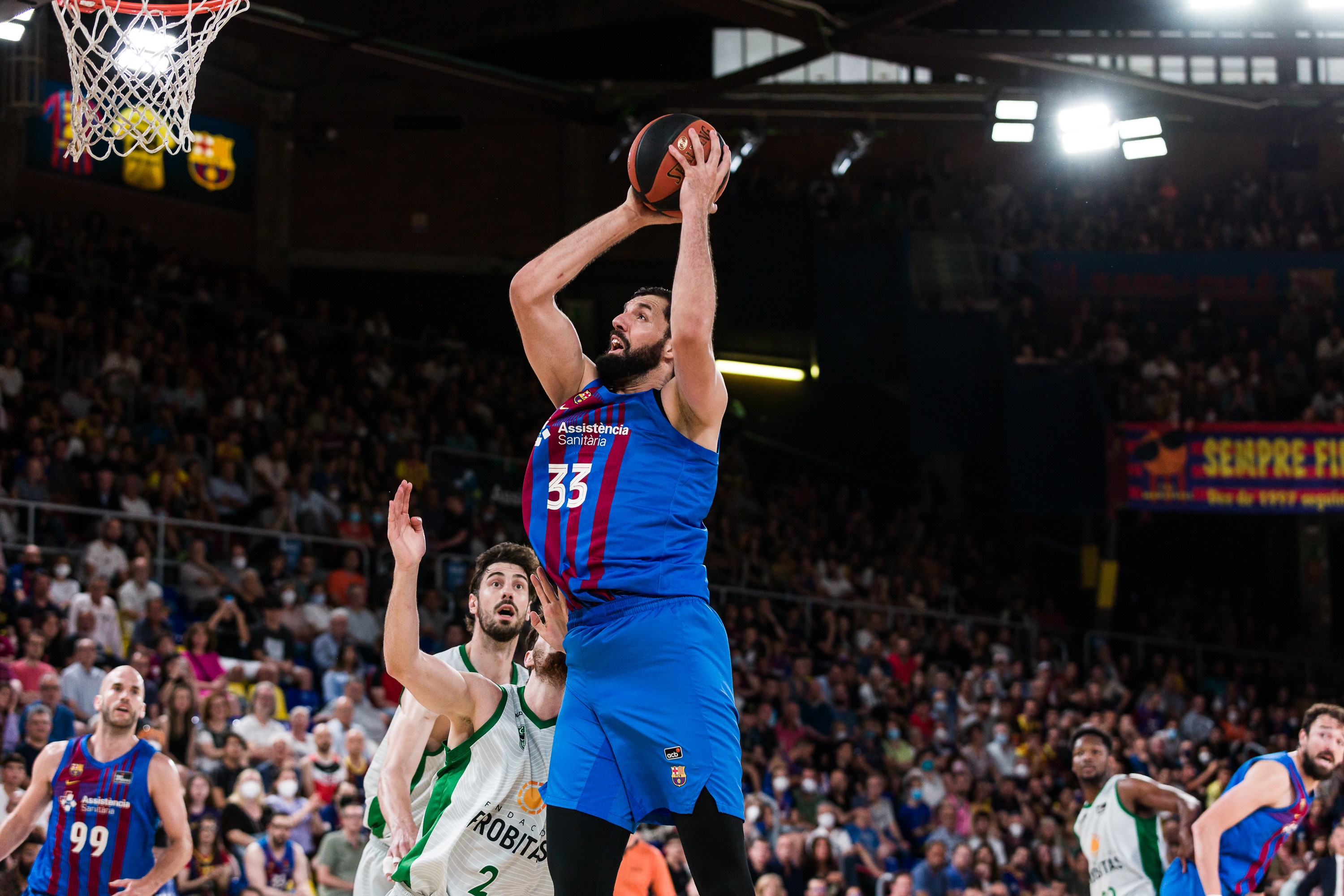 Barcelona is ahead against Joventut in the semifinal series of the Endesa League. He did it almost without breaking a sweat after there was only one team in the second half, Barça, who moved well on the court, had great attacking efficiency and defended well enough.

It was midway through the third quarter and Carles Durán watched the game as when someone visits a flat to rent and turns his nose when he sees the gotelé on the walls. He didn’t like that very much. His team, Joventut, got into the three-point war with Barcelona, ​​but when the azulgrana are hot on their wrists, it’s difficult for them to let themselves be beaten in that aspect. They are the most expert Penya players in scoring in the paint, but once Ante Tomic was well dried, the Badalona team couldn’t focus on that mission.

So as it went well for them at the start after the break, they opted for the outside route, but if they scored a triple, Barça replied, because Sanli had the night and scored four without error. In fact it was a perfect game, because his shooting percentage was 100% and he had eight rebounds. He was also accompanied by Mirotic and Abrines, and after Penya managed to deflate the accordion, Barça inflated it again.

Joventut came within six points, but Barcelona went into roller mode and complied with the wishes of Jasikevicius, who asked for a good third quarter. And the wishes of the coach were orders for his players –although in reality they were already orders–, and they decided the match, with ten minutes to go, with a partial score of 29-17, with great success in shooting, but maximum efficiency in the rebound; eight offensive and five defensive, for only four of Joventut, who suffered and could not stop his rival.

The two teams had come out onto the field with a similar idea. It was about destroying the rival game, and both succeeded. The shot went to limbo, nobody scored almost anything in the first quarter. While the defenses pressed with the intensity that is achieved when the players are still fresh, so the first ten minutes ended with a very poor 12-11; some losses, poor accuracy and rocky defenses. Barcelona freed up a bit in the second half, and little by little, it opened up the difference, although nothing that was not acceptable for Joventut as soon as it was adjusted. But Tomic, well marked, did not have his day. He fell short in scoring, offered three assists and when the score was already crystal clear, Durán began to give him breaks, because there are still battles to be played.

As usually happens in these cases, the last quarter was played as inventory; more open, with less offensive and defensive rigour, knowing that the match was already resolved and it was time to think about the next one. An exchange of blows without much interest now. With the series in favor, Sunday’s match, again at the Palau, was already more important.