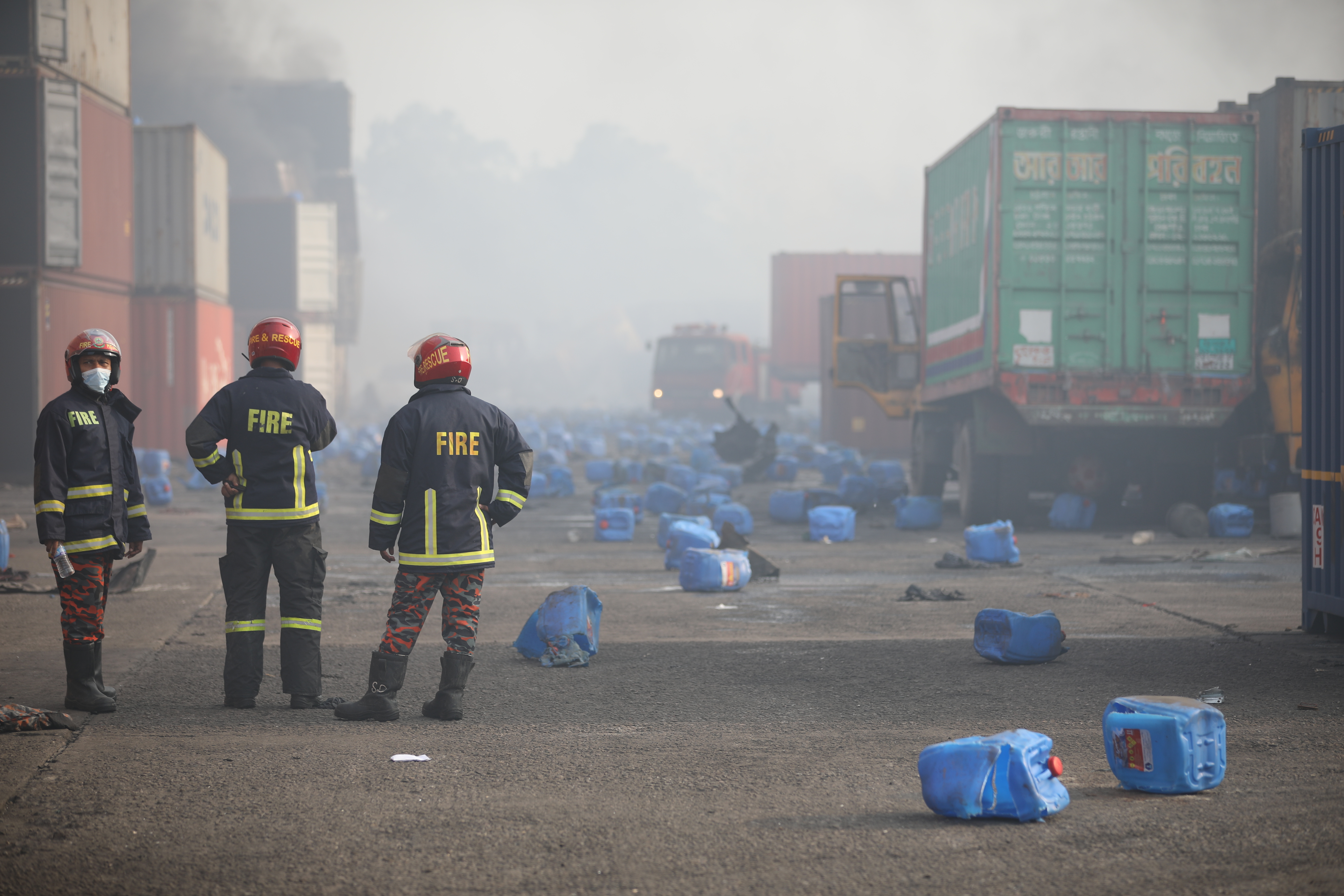 At least 34 people have died after the fire and explosion of a container depot this Saturday in the port of Chittagong, in southeastern Bangladesh. More than 150 have been injured, according to the latest balance from local authorities, released this Sunday. The emergency services continue to work to put out the flames and rescue those affected.

Among the fatalities, there are police officers, as well as the Chittagong Fire Department. The injured have been rushed to different hospitals in the cities of Sitakund and Chittagong, the daily reports. new age bangladesh. Many of them suffered cuts to their limbs and at least three people with more than 65% burns on their bodies were taken to a military hospital.

The causes of the incident are currently unknown. According to the preliminary investigation, the fire broke out at the BM container depot, located in the Sitakunda area of ​​Chittagong, about 20 kilometers from Bangladesh’s largest seaport, at around 9:00 p.m. (local time). Firefighters came to put it out, but two hours later there was an explosion that caused the fire to spread. The presence of chemicals in one of the containers would have facilitated the spread of the fire. At the time the explosion occurred, there were about 250 workers inside the warehouse.

Industrial fires and accidents are common in Bangladesh, a country with few security measures and in which there are usually a large number of victims. In 2019, a fire at a chemical plant in the Bangladeshi capital killed 70 people and injured 55 others. Seven years earlier, at least 119 people died in a garment factory fire.

Also Read  Chelsea Manning: "Someone much worse than Trump can come" | International | The USA Print