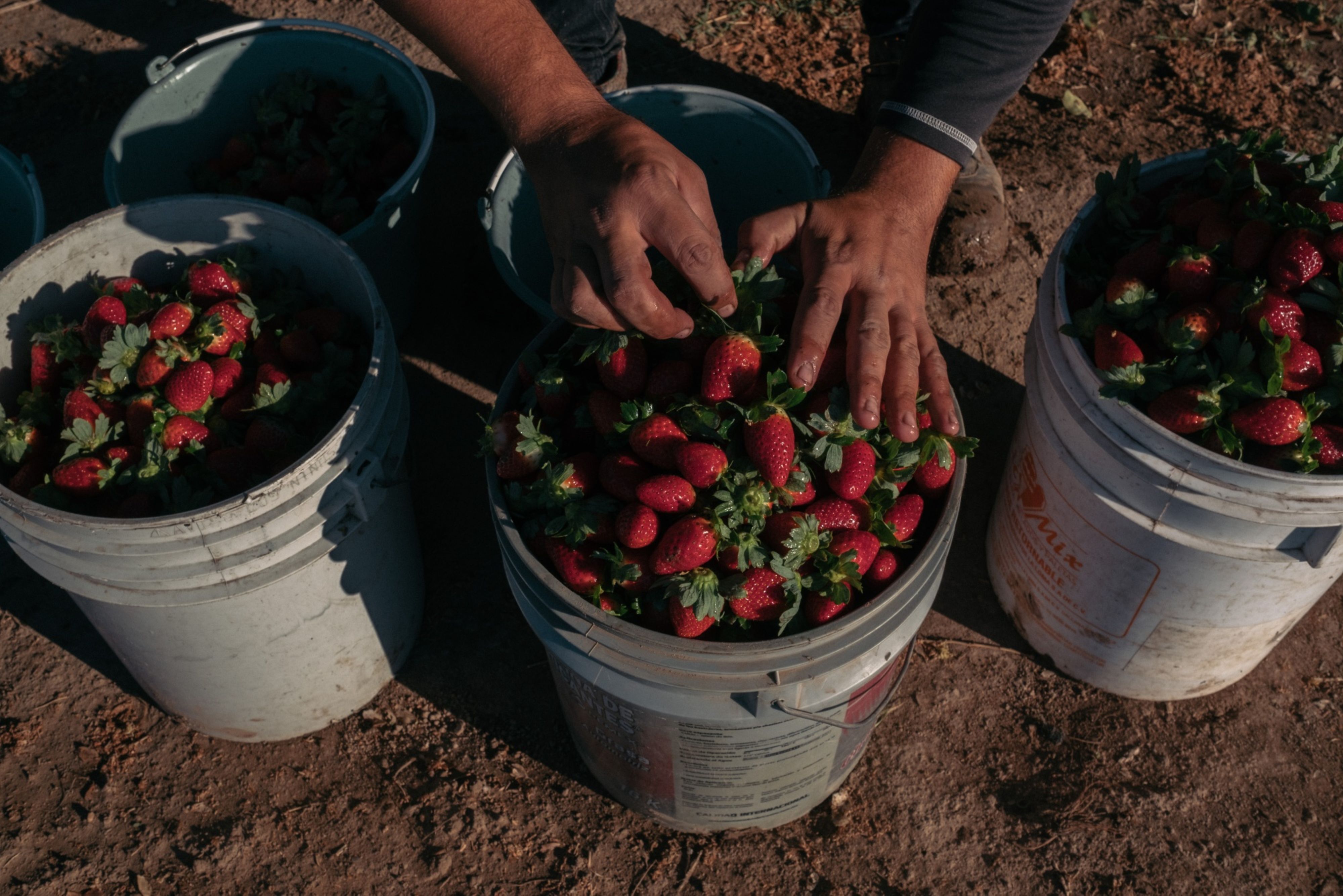 Fever, abdominal pain and recurrent vomiting. The 27 confirmed hepatitis A patients in the United States and Canada have reported that prior to the onset of their discomfort, they consumed organic strawberries from the Mexican company FreshKampo. Given these indications, the Food and Drug Administration (FDA) and the Canadian Food Inspection Agency (CFIA) launched an alert on May 28 to prevent the consumption of this product and thus the spread of the disease, while the company, based in Michoacán, affirms that all potentially affected batches have been withdrawn from the market. The Agrifood Health Service (Senasica) has confirmed, without further details, that it is collaborating with the investigations.

According to the FDA, the fresh organic strawberries were sold between March 5 and April 25, 2022 and the lot is linked to 17 ill people in the United States, 15 patients have been reported in California, one in Minnesota and another in North Dakota, of these, a dozen patients have been hospitalized. Since this investigation is ongoing, it is possible to include additional products in the alert. Products were sold at supermarkets: Walmart, Aldi, Trader’s Joe, HEB, Kroger, Safeway, Sprouts Farmers Market, Weis Markets, WinCo Foods.

In Canada, health authorities have reported to date at least 10 cases linked to the consumption of imported strawberries in the provinces of Alberta and Saskatchewan. The people became ill last April 2022. The patients are between 10 and 75 years old and four of them have required hospitalization. The Canadian Food Inspection Agency (CFIA) is conducting a food safety investigation on fresh organic strawberries purchased between March 5 and 9, 2022 at Co-op stores in the affected provinces.

The US and Canada advise their citizens to check their freezer for these strawberries if they have been purchased and frozen to eat later. Do not eat these strawberries and discard the rest that were bought on the dates of the alert and in the compromised supermarkets.

FreshKampo has disclosed that the potentially affected organic strawberries are out of season and are no longer being shipped to market. “FreshKampo wants consumers to know that it will continue to work with health officials to determine where a problem may have occurred throughout the supply chain and take the necessary steps to prevent it from happening again,” they stated in a statement. .

When asked about it, FreshKampo affirms that the investigation by the US authorities is ongoing and they still do not have confirmation of where the hepatitis A outbreak comes from, however, they assured that no more cases have been detected in other places in the US. or in Canadian provinces or other countries. While the Agrifood Health Service (Senasica), the Mexican regulatory authority, has confirmed that they are collaborating with international agencies in tracking the outbreak, but they have also declined to give more details of the progress of the investigations.

Still last March, an image was posted on one of the company’s Facebook accounts with the shipments of strawberries that would be sent abroad: “Our FreshKampo organic strawberries look incredible!” The message is accompanied by lots of boxes from this company founded in 2004 in the municipality of Michoacán, but which also has crops in other states such as Baja California.

Also Read  As if three Caracas were lost every year: the voracious deforestation that devastates Venezuela | Future America | The USA Print

In its expansion process in the Americas and Europe, FreshKampo has created subsidiary companies to market its fruits, one of these companies is Meridian Fruits, which is now linked to the hepatitis A outbreak: “During this period of time, the label on the plastic cover of the potentially affected organic fresh produce, the strawberries would have said Distributed by Meridian Fruits,” the company said in its statement.

The FDA describes that hepatitis A usually develops within 15 to 50 days after eating or drinking contaminated food or water. Symptoms of infection include fatigue, nausea, vomiting, abdominal pain, jaundice, dark urine, and pale stools. In some cases, particularly in children under six years of age, hepatitis A infection may be asymptomatic.