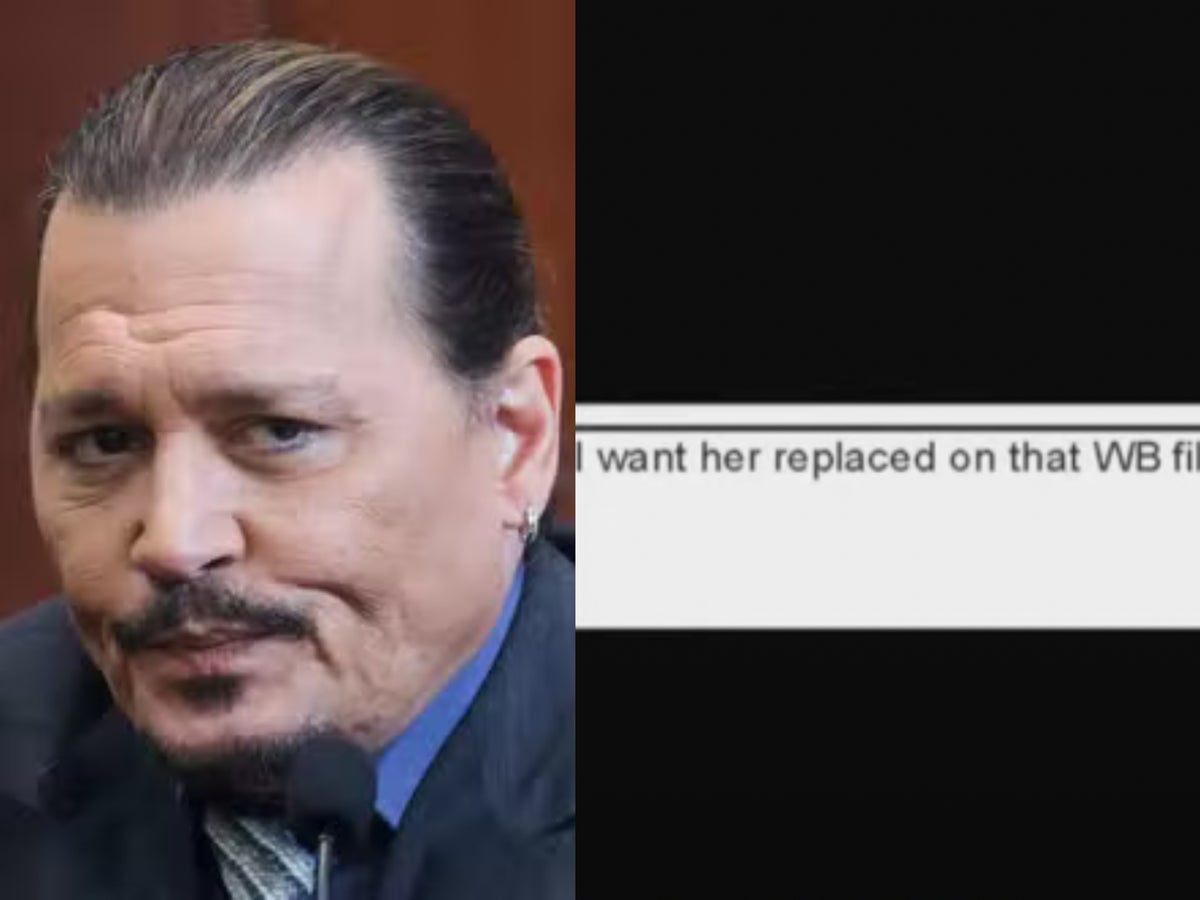 Johnny Depp was accused of trying to get Amber Heard fired from the franchise Aquaman.

The actor returned to the witness stand on Wednesday (May 25) to give more testimony in his multimillion-dollar libel lawsuit against his ex-wife Heard. He was called back for his own team’s rebuttal.

During his testimony, Depp was questioned about whether he tried to get Heard fired from Aquaman.

Heard’s lawyer, Ben Rottenborn, asked Depp: “Did you also try to get her fired from Aquaman after the temporary restraining order, isn’t it?”

In May 2016, a Los Angeles judge granted Heard a restraining order against Depp. Documents filed by attorneys representing Heard at the time claimed that Depp “violently attacked” her in her penthouse.

Rottenborn pressed the actor for a “yes or no” answer to the question, to which Depp replied, “I can’t please you with yes or no every time.”

Depp responded: “The answer is no,” after which Rottenborn showed the court a text message that Depp had sent to his sister Christi Dimbrowski on June 4, 2016.

The caption reads: “I want her to be replaced in that WB movie! [Warner Bros]!!!”. Depp confirmed that “she” was referring to Heard.

After seeing the text, the star of Pirates of the Caribbean asked, “Is that me trying to get her fired?”

Rottenborn went on to claim that Depp contacted Warner Bros. executives to help get Heard fired from her role.

Depp began by saying that “I reached out because I advocated for [Heard]” before Rottenborn interrupted him and pressed him to answer “yes or no”. The actor replied, “No.”

In it, Depp says, “She’s begging for total global humiliation… She’s going to get it.”

Depp is suing Heard for $50 millions. He alleges that Heard insinuated that he abused her in an op-ed in the Washington Post of 2018 on domestic violence.

Earlier in his testimony, Depp disputed Heard’s earlier claims that he didn’t help her land her role in Aquamanand stated: “That’s not entirely true.”

The actor alleged that he called Warner Bros executives and helped “curb their concerns.”

Viewers also saw Depp “smiling” at his screen as he watched ex-partner Kate Moss testify that he “never pushed me, kicked me or threw me down the stairs.”

With court proceedings still ongoing in Fairfax County, Virginia, several high-profile individuals expressed their support for Heard; Julia Fox, Rachel Riley and Kathy Griffin are among those who spoke in favor.

Meanwhile, others have publicly shown his support for Deppwith celebrities like Winona Ryder, Javier Bardem and Eva Green among those who appear to side with him in the dispute.