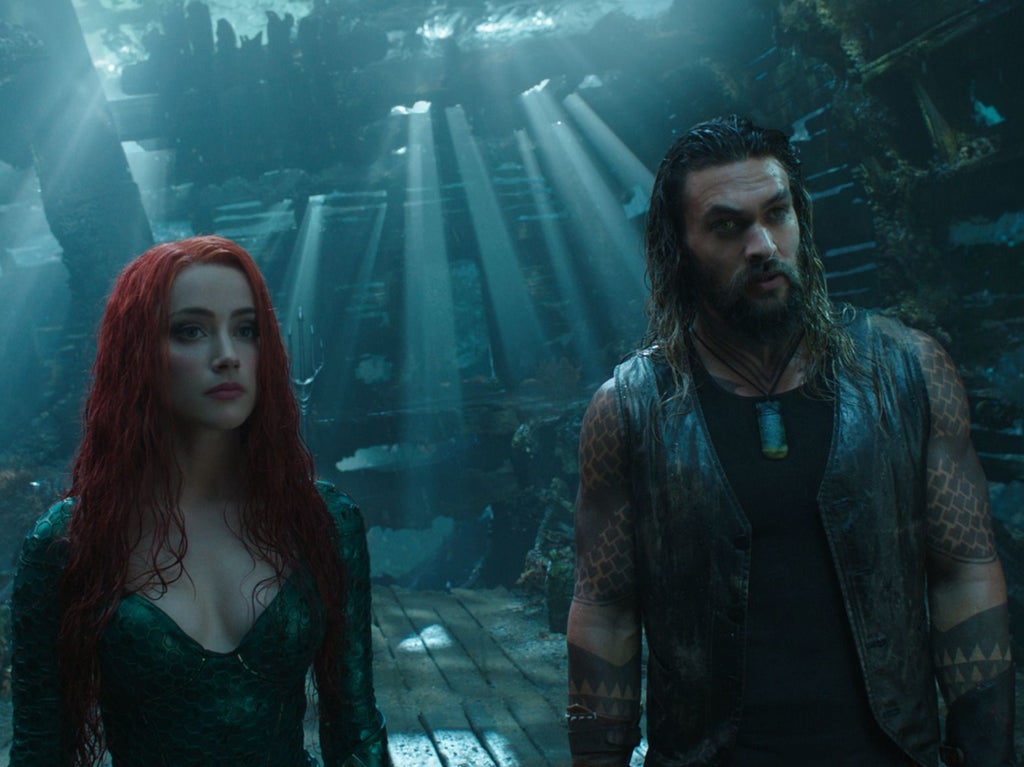 A Warner Bros executive testified that the lack of chemistry between Amber Heard and Jason Momoa was the reason casting another actress for the movie was discussed. Aquaman 2.

Johnny Depp’s team began their rebuttal argument on Tuesday, May 24 at the defamation lawsuit against his ex-wife Heard with a video statement from Walter Hamada, who is in charge of DC-based movies.

In her statement, Hamada confirmed that Heard had an option contract with Warner Bros to play the role of Mera in the franchise. Aquaman.

According to Hamada, Heard’s role was never reduced in the upcoming sequel, but Aquaman and the Lost Kingdom it was always intended to focus on the main character and his friend, with Heard’s character coming in second.

He assured that the participation of the actress in the film was not affected by anything Depp said or his attorney Adam Waldman.

In addition, he explained that there was a delay in the casting due to discussions about choosing another actress for the role of Mera, as there were concerns about the chemistry problems between Jason Momoa and Heard.

“They really didn’t have a lot of chemistry together,” Hamada said. “The reality is that it’s not uncommon in movies for two leads to have no chemistry.”

He added that chemistry can be manufactured through “cinematic and editorial wizardry” and a “great soundtrack.”

“If you watch the movie, it seems like they had great chemistry. I just know that over the course of post-production it took a lot of effort to get to that,” she explained.

One day before, Heard’s agent testified that Momoa was “adamant” about the actress reprising her role in the next sequel.

Earlier, Heard testified that her role in Aquaman 2 was significantly reduced while waging his battle with Depp. Meanwhile, a petition calling for it to be removed from the film is about to reach 4.5 million signatures.

Depp is suing Heard for $50 million for allegedly implying that he abused her in a 2018 op-ed on Washington Post and allegedly prevent her from landing prominent Hollywood roles.

Heard is countersuing Depp for $100 million, accusing him of orchestrating a “smear campaign” against her and describing his lawsuit as a continuation of “abuse and harassment.”

You can follow the live updates of the Depp-Heard trial herewhile moving towards the closing arguments and the verdict.

J Balvin Is Performing a Futuristic VR Concert | Entertainment | The USA Print
Jennifer Lopez and Jason Duhamel have an explosive wedding in "Shotgun Wedding" | Entertainment | T...
Olga Tañón published a new song | Entertainment | The USA Print
Allu Arjun: UAE Golden Visa for Allu Arjun.. Photos going viral..
Ivana Shaji: Beauty is only beauty, you are beautiful.. Do you know who is Love Today's beauty Ivana...
Tamannaah: An angel-like danger was born.
Tamannaah: 'Tamannah' wow photos that don't match all the words of compliments..
Samantha: If the sculptural beauty of Brahma shines through the saree, this is what it would look li...
Mrunal Thakur: Sita Mahalakshmi is beautiful.
Nora Fatehi: Nora Fatehi says that there is nothing to excite the fans.
Nora Fatehi: What happened to Nora..? Bollywood star dancer who has completely changed her avatar.
Mrunal Thakur: Denti Basu is so beautiful.. Vaiyarala Sundari in lehenga.. 'Mrunal' new photos..
KLRahul-Athiya Shetty: Two eyes are not enough.. Have you seen the wedding photos of KL Rahul-Athiya...
Sreeleela: If you do anything to our hearts, who is responsible?
Hansika Motwani: Even after marriage, she is a sweet girl.
Regina Cassandra: Your innocent looks are the pale swords of boys' hearts.. 'Regina' wow look photos...
Navya Naveli Nanda: Beauty more than heroines.. but not a single film offer.. Do you know about Amit...
Kajol: Can anyone believe that Kajol's age is near to 50?
Also Read  Superstar folks baking Christmas treats with their youngsters: pictures

Previous article
TMZ loses emergency motion to bar former employee from testifying in Johnny Depp v. Amber Heard
Next article
Los Tigres del Norte are back with a new album, tour and even a documentary