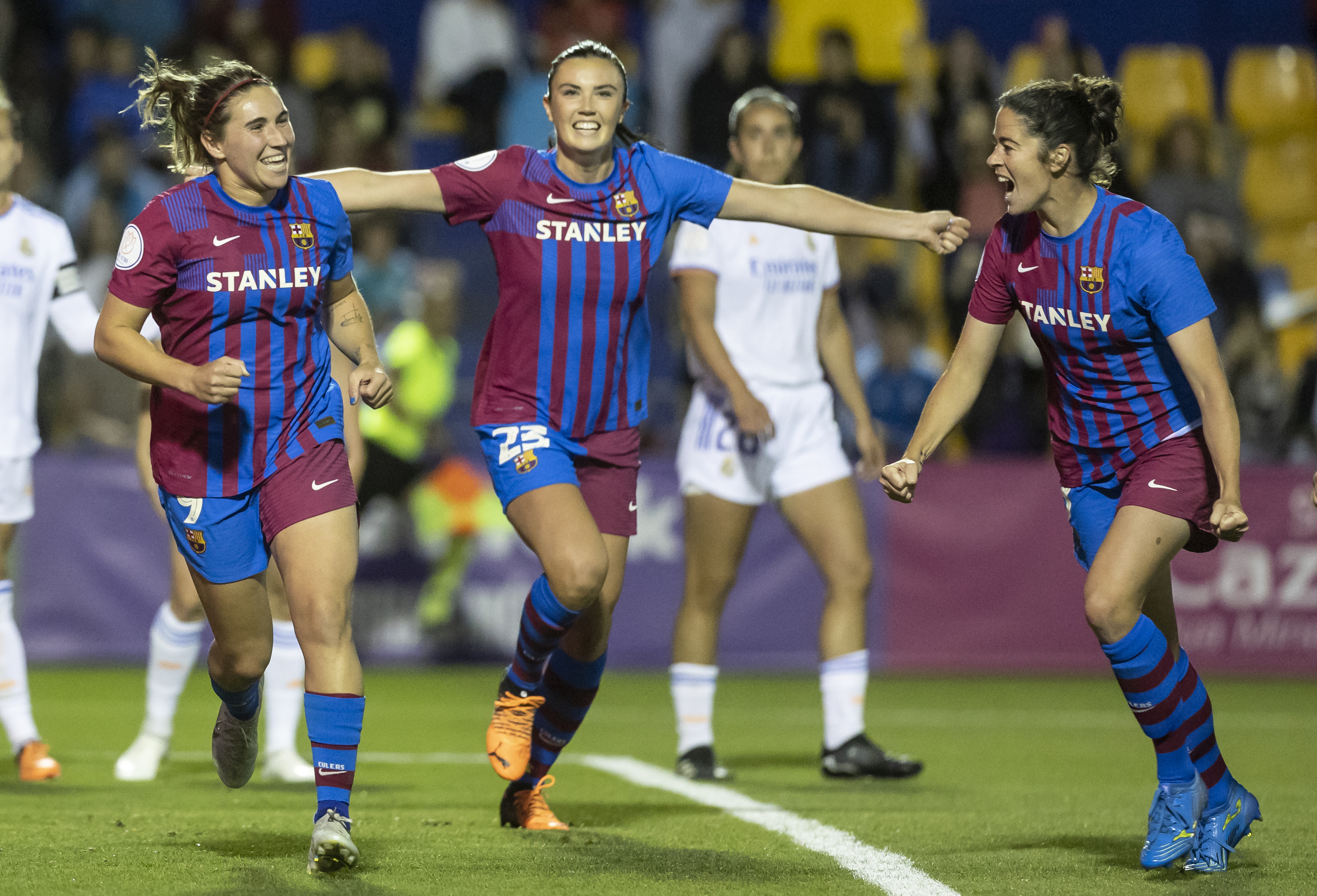 The rhythm of the Spanish competition is very different from that of the Champions League. Alexia Putellas already warned. This explains Barça’s dominance in the League, the Super Cup and also its classification for the Cup final (Sunday, 11:30 am against Sporting de Huelva, winner of Granadilla 1-0), after defeating Madrid by 4 -0, in the same way that his fall in the continental final against Olympique de Lyon is understood. Defeated in Turin by the strength and punch of the French, the azulgrana have no rival in domestic tournaments, technically superior and also more powerful, much better in the semi-final classic played in Santo Domingo.

Barcelona’s reaction to the continental defeat was incontestable from the start of the cup semi-final against Madrid in the sixth classic of the season, all ending in favor of Barça. Jonatan Giráldez’s team did not let Toril’s team breathe. The azulgrana pressed hard and well on the opposite court, encouraged by the courage of Paredes and Mapi León, and the mobility was continuous in the midfielders and forwards, especially in Mariona and Martens. The game of position, possession and pressure generated multiple arrivals and several occasions in the area of ​​the reliable Misa. The ball flew at the feet of the enraged Barcelona.

There were two shots on the woodwork by Alexia and Oshoala and a goal by Martens, after a cross by Alexia, before there could be any doubt about the impact that the Barcelona defeat could have had last Saturday in Turin. Barcelona was more aggressive, intense and dynamic than ever with the ball, impossible for Madrid to follow, who had no choice but to take refuge around Misa. The presence of Engen and Oshoala gave Giráldez’s team more robustness and fierceness. The breaks from the wings were complemented by the depth of Rolfo and the entrances of Alexia and Aitana. There was no possible reply from the Toril players.

Also Read  Spain list: When and where to follow Luis Enrique's call for the 2022 Qatar World Cup | World Cup Qatar 2022 | The USA Print

The fast and vigorous football of the azulgrana only lacked finesse and forcefulness to close the game before the break in which Madrid arrived highly demanded and also relieved by the score (1-0). The 2-0 in any case came as soon as he left the locker room after a shot by Aitana. Oshoala stretched the team very well, Engen repeatedly recovered the leather and Aitana and Alexia easily found the spaces generated by the unchecking of Martens and Mariona. The third goal came from a corner, poorly defended by Misa and headed by Mariona.

Although he became more rested and fresh, Madrid was further away from Barça than in the last clashes, when it seemed that the differences had been reduced, especially if the 1-0 in the Super Cup and the crossing of the Champions. Barcelona’s victory was incontestable after completing one of their best games of the season at the most delicate moment due to the defeat in the Champions League final. Oshoala’s fourth goal, excellent in acceleration and breaking Misa after Pina’s pass, helped to define the semifinal: Barça was stronger and had more rhythm and quality than Madrid, a spectator of the game until the final stretch when it counted twice against Paños.

Barça responded furiously to the loss against OL and reached the Cup final after having also won all the League matches.