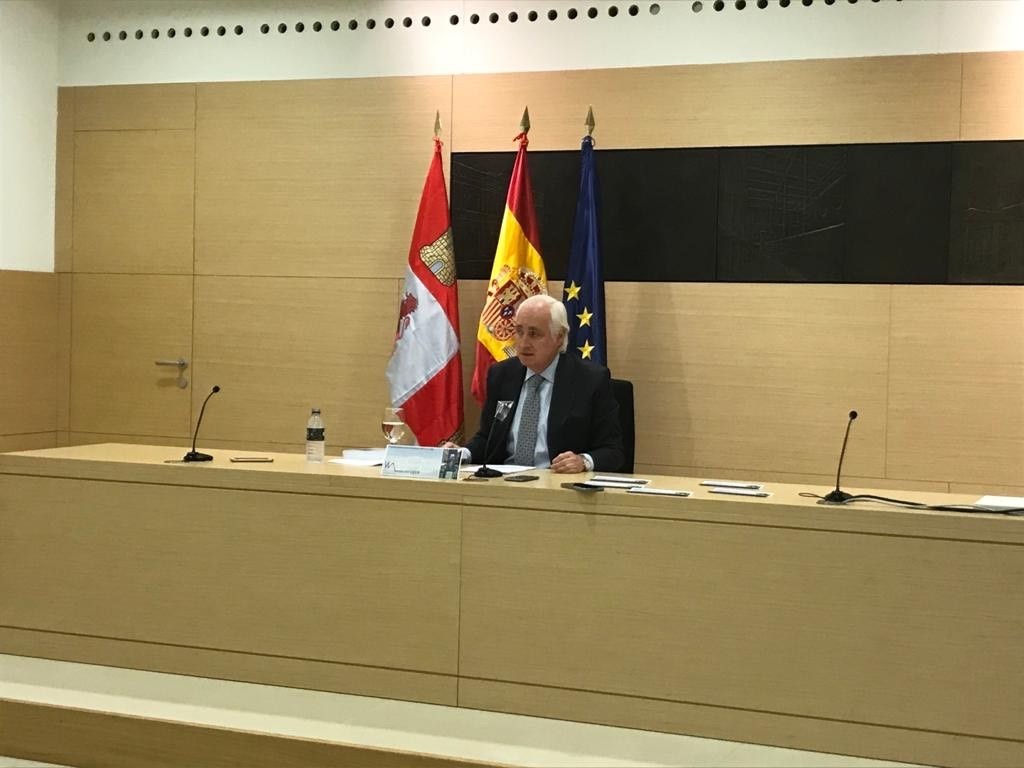 A member of the General Council of the Judiciary (CGPJ) has submitted a letter to the body chaired by Carlos Lesmes to request that it act against José Luis Concepción, the president of the Superior Court of Justice of Castilla y León, who has compared the Communist Party of Spain (PCE) with Adolf Hitler’s National Socialist Party in Germany. “By violating the duty of impartiality and his appearance, the president of the TSJCyL violates the public image of the Judiciary itself and the trust of citizens in its judges and courts,” says Concepción Sáez, a member of the CGPJ at the proposal of IU, in his letter. which urges Lesmes and the permanent commission, the main decision-making body of the Council, to take “government and disciplinary measures” against the magistrate. The CGPJ has not adopted, for the moment, any decision, although it plans to address the matter at the meeting of the permanent commission next Thursday, according to sources consulted.

It is not the first time that Lesmes has had public demonstrations on his table by the president of the TSJ of Castilla y León, whose mandate has expired since January 2021, but remains in office due to the legal reform approved by the Government that prevents the Council from making discretionary appointments when, as now, its mandate has expired (the current one ended in December 2018). Already in 2020, the permanent commission was forced to intervene after the stir caused by some words from Concepción during the first state of alarm due to the covid-19 pandemic. The magistrate charged against the Government of PSOE and Podemos, assuring that “the paralysis of a country for purposes other than saving people from the disease” was being used.

The permanent commission examined the case and decided that Lesmes should send a letter to the president of the TSJ to ask for “moderation, prudence and restraint”, exactly the same formula that the Council had used in the face of criticism from members of the Government of judicial decisions. Barely nine months later, other statements by Concepción, this time accusing Podemos of “putting democracy in question,” led the Council to open an internal investigation, but the body concluded that those words were protected by freedom of expression and the file was archived without further consequences.

Now the judge’s statements have come in an interview granted on Burgos Newspaper in which the journalist reminds the magistrate of the dust that those words raised about the coalition Executive. “Are you still thinking the same thing?” asks the interviewer. To which Concepción replies: “I don’t say it, history says it. Communism has generated more than 110 million deaths in the countries in which it has had some kind of influence since the Soviet revolution of 1917; and the rights and freedoms of the people have been significantly undermined wherever he has governed […]”. The interviewer reminds him that the PCE is “a legal party that normally presents itself in elections.” To which the magistrate replies: “The National Socialist Party also came to power through the ballot box in Germany in 1933, and we must not remember the consequences that its victory entailed.”

Vocal Sáez, in the brief presented to the Council, warns the body of the “seriousness” of these demonstrations and of the “repeated and unjustifiable public behavior” of Concepción as a magistrate and as president of a superior court. In Sáez’s opinion, these words exceed the limits to the judges’ freedom of expression, limits that Lesmes himself took it upon himself to remind the president of the TSJ in the letter he sent him in 2020. “His uninhibited interventions in public debates ”, adds the vowel, “they configure him as an activist at the service of ideological distinctives whose defense would only have a place, in his case, if he was outside the judiciary”.

Sáez recalls in the letter that she herself has complained about Concepción’s attitude on previous occasions. And the magistrate himself evokes it in the interview from which the new controversy has jumped. “They did not open any disciplinary file on me; there was a complaint from a member of the CGPJ appointed at the request of the United Left who should not like the truth”, he affirms, before assuring that the Council “flatly inadmitted her”. “How could it be otherwise,” she says.

Previous article
An accomplice of the leader of La Luz del Mundo is released from jail after another controversial agreement with the California Prosecutor’s Office | The USA Print
Next article
These are the Spaniards chosen at random to discuss climate change: “The first two months I was scared and anxious” | Climate and Environment | The USA Print