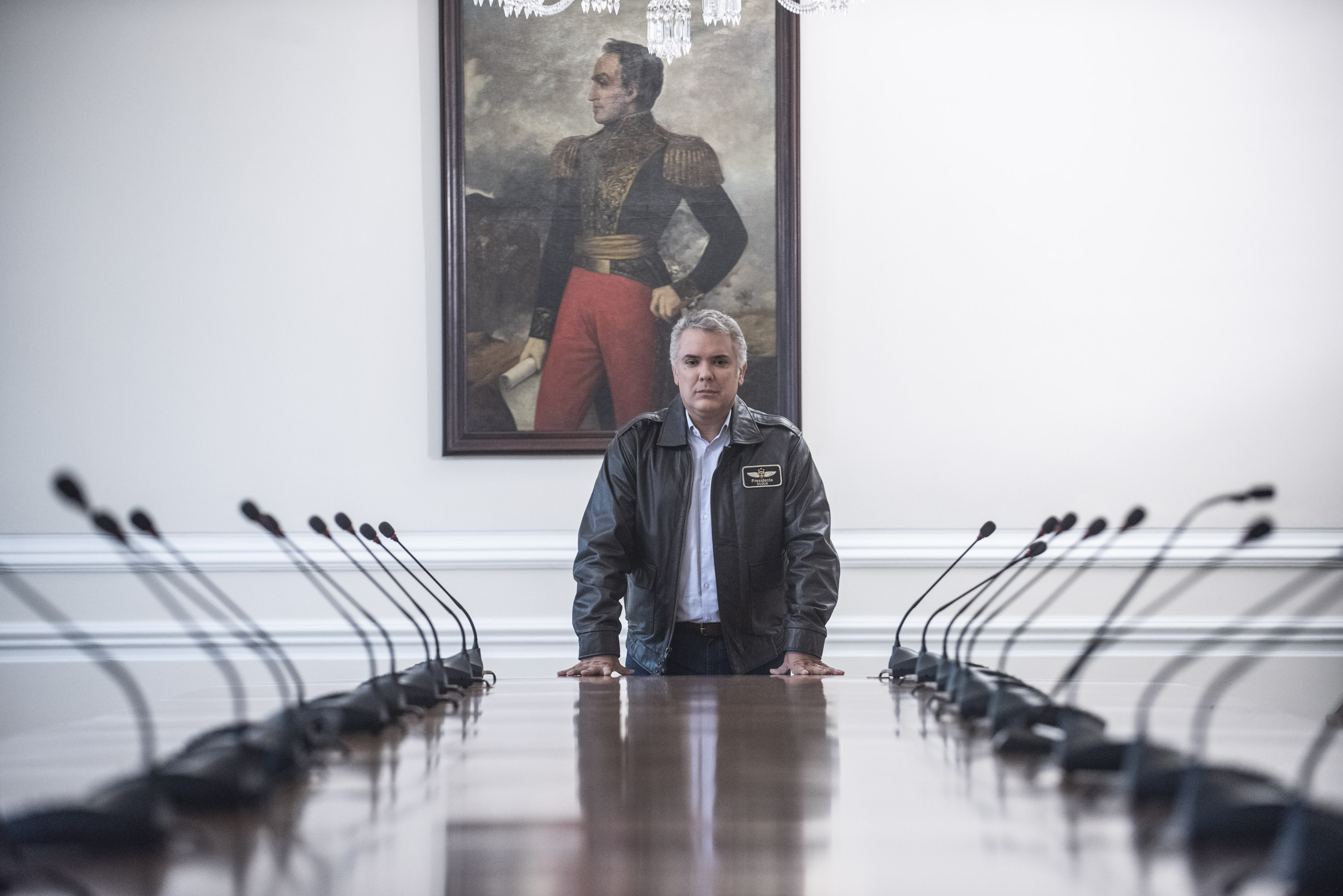 The Superior Court of Ibagué, a Colombian intermediate city, ordered Colombian President Iván Duque to be placed under house arrest for five days for not complying with a 2020 Supreme Court ruling on an environmental problem, and also a fine equivalent to 15 monthly minimum wages . This, says the decision, “unless compliance with the order held as unfulfilled is proven.” So far, the Presidency has not made any statement in this regard. The Court also authenticates copies of this decision to the House of Representatives, which is, according to the Constitution, the only one in charge of judging heads of state.

The failure of the Supreme Court of Justice, November 2020, declared that a mountainous area in western Colombia known as the Los Nevados Park is “subject to the rights to life, health and a healthy environment, whose legal representation is the responsibility of the President.” He ordered the head of state and other administrative entities to coordinate to create a recovery and conservation plan for this area within a year.

The ruling also ordered President Duque to designate a group of the Military Forces or the Police to “continuously and permanently accompany the conservation work”, especially in the area of ​​the natural park that is in the department of Tolima. , because the Ombudsman’s Office had been warning since 2019 of the armed conflict in the area. “Dissident factions of the FARC-EP or ELN”, says the alert of the Ombudsman of 2019, seek to “retake territorial control of the corridors that have historically connected the east with the west of the country.”

Some armed men had come to threaten the peasant communities in the snowy mountains and officials of the Los Nevados Natural Park. In November 2019, environmental leader Carlos Aldario Arenas, known in the area for defending the Ruta del Cóndor, an ecological corridor for the emblematic bird of the Andes, was assassinated there.

“The Court determined that the President of the Republic has the express order to form a special public force group for the custody of the Los Nevados National Natural Park because there are countless acts of disturbance of public order, flora and fauna trafficking in a protected area. Said order has not been complied with in its entirety. told Caracol Radio in May of this year, Juan Felipe Rodríguezthe environmental lawyer who promoted the decision of the Supreme Court of Justice in 2020, and also the ruling that now says that the president has not complied with the protection of the snow-capped mountains.

Because of the jurisdiction of the president, the order of the Court of Ibagué can hardly put him under house arrest, and the presidency can still appeal the decision. But the unprecedented case of house arrest opens another chapter of the legal fights that take place in the high courts of Colombia to defend the environment. After the Constitutional Court decided, in 2018, that popular consultations were not valid – citizen initiatives of popular participation to vote against or in favor of an extractive project – the protection of the environment has become an almost exclusively legal discussion.

Also Read  Bruno Pereira and Dom Phillips: a Brazilian indigenist and a British journalist disappeared in the Amazon | International | The USA Print

subscribe here to the EL PAÍS newsletter on Colombia and receive all the informative keys of the country’s current affairs.