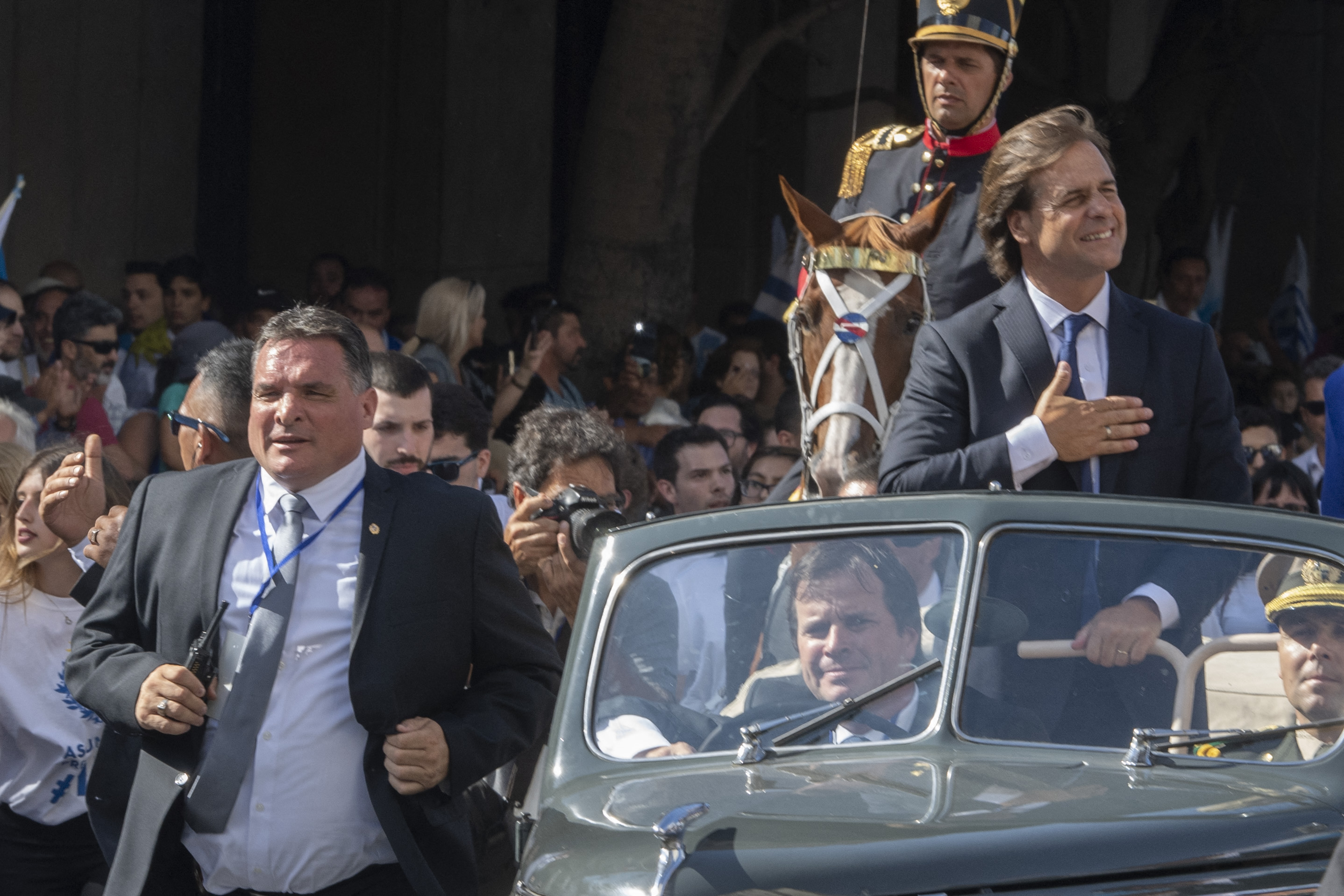 On March 1, 2020, the black Cadillac used in Uruguay for the presidential inauguration ceremonies crossed Libertador Avenue at a man’s pace, while the then new president, Luis Lacalle Pou, greeted his supporters. On one side of the car, a robust man accompanied the march with a broad smile: the head of custody, Alejandro Astesiano, charged this week with falsifying official documents so that Russian citizens could obtain a Uruguayan passport.

Shortly after the complaint made by a Civil Identification official became known, prosecutor Gabriela Fossati began an investigation that revealed that Astesiano offered real contacts with officials located in strategic positions (Foreign Ministry and Ministry of the Interior) and met with his accomplices in his office. from the 4th floor of the Executive Tower, where he worked as head of presidential custody.

Astesiano is not the only defendant in the case. So are the Russian citizen with Uruguayan residence Alexey Slivaev, owner of the Facebook group “All about immigration to Uruguay”, created in 2015 and with 8,000 subscribers; and the Uruguayan notary public Álvaro Fernández, who was found to have 77 pages of chats and audios maintained with the presidential custodian, in addition to incriminating documentation.

The way in which this organization allegedly operated is simple: they contacted the Russians through the Facebook page, altered their birth certificates so that they appeared as Uruguayan “natural citizens” and accompanied them in the process of issuing the identity card. and the passport. It is believed that the organization falsified the documentation with true data, but of deceased people.

Fernández was the one who managed the false birth certificates, in addition to receiving the money for the operation, which, according to a witness, could cost up to 10,000 dollars. Astesiano, in addition to having access to the Civil Identification databases, was the link between applicants and public officials from the Ministries of the Interior and Foreign Affairs.

Consulted by EL PAÍS, from the Ministry of the Interior they replied that they will wait for the work of the prosecutor “and” later it will be seen if there is any administrative action to be taken “.

“If there is someone responsible, it is me,” said Lacalle Pou, visibly surprised, at a press conference on Tuesday. “The fact is unpleasant, personally inconvenient. Politically, nothing to speak of, “but the dismantling of the gang” speaks well of the Republic, “he added.

The custodian, owner of a file of at least 20 annotations for theft, fraud and misappropriation, was charged with “supposition of marital status in real reiteration with the crime of criminal association and influence peddling” and imprisoned preventively for 30 days. . His arrest took place in the presidential residence, at the hands of an Intelligence chief, on Sunday night, when the president was there.

“The entire society is embarrassed because it is difficult to understand that there have not been the minimum essential filters for the definition of a head of security, neither more nor less than for a head of state,” the senator from the Broad Front (the only one) told the press. opposition party), Mario Bergara. For the legislator “there are political responsibilities”, for this reason, they are considering creating an investigative commission, although in Uruguay the president cannot be questioned in Congress.

The hiring of Astesiano to work in the shadow of the president is another of the points in question at this time, given that the late Minister of the Interior, Jorge Larrañaga, had communicated to the Presidency about the judicial annotations of the accused, which occurred between 2003 and 2018, although they are not considered criminal records.

Bergara’s astonishment is sincere if one takes into account that a few weeks ago he had to be the senator questioning the Minister of the Interior, Luis Heber, and Foreign Minister Francisco Bustillo, in another scandal that has to do with a passport, the one that Uruguay granted to the drug trafficker Sebastián Marset when he was detained in a Dubai prison for circulating with a false document from the Republic of Paraguay.

Marset, today a fugitive and with an international arrest warrant, was accused by Colombian President Gustavo Petro of being the intellectual author of the murder of Paraguayan anti-drug prosecutor Marcelo Pecci, which occurred on the island of Barú (Cartagena), on May 10.

Cameroon – Brazil: Global Cup in Qatar 2022, reside | The Brazilian staff seeks to move as first to the spherical of 16...

Syrian poet Adonis: “I’m totally with the Iranian ladies’s combat for his or her liberation” | America Print